In our first meeting one of the things that Jesse stressed was that he would be involved in every step of the renovation which included design, management, and construction and that I would be working with him throughout this entire process.  This hands on management was something that was important to me as I wanted to know that I was working with the owner of the business and not just a project manager.  It was important to have that personal level of details going into a project.

In fact, the attention to detail was evident the first time that we met when going over the space.  Jesse and I  spent a couple of hours discussing how I planned on using the space, what my thoughts were for each room and what I wanted to go into each room including both building materials and colors.

Jesse worked on plans to customize the rooms to fit my needs and the next time we met he had a digital rendering of how each room would look based upon our original meeting which included colors, lighting, and flooring.  I was literally blown away because it is one thing to talk about what would go into such a large space and it is another to see a fully functional digital space on a computer generated model for 1300 square feet of space!!!

This visualization was important because it gave a baseline as to how things would come together and really separated the Man Card Crew from the competition.  After I saw this I knew that I was not only dealing with a contractor but an interior space designer that was working with you to fit your needs to the overall space.  After the first rendering Jesse continued to work on plans and colors until we came up with the functional space that I wanted.

Once construction started Jesse was true to his work that he would be actively involved and that he would manage the project and worked with me throughout the entire process.  Jesse kept me informed each and every step of the way and I was able to see progress in a very short period of time.  He kept things on track and managed all facets of the project and I was able to see the project come together just like the renderings which was impressive.

Thanks again to Jesse!!!  A very satisfied client.

What Clients Say About Us

The Man card Crew will be back at it this spring and summer of 2016.

Please feel free to tune into our YouTube channel for more videos! 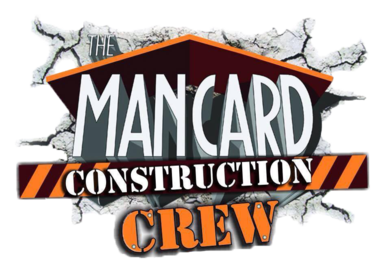 If you have a space you want to convert into the ultimate hangout for the Man of the house, please feel free to contact us. Who knows maybe you project will be selected to be on TV!